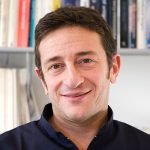 Calcium-silicate based materials can be considered a revolution in endodontic field since the introduction of MTA (Mineral trioxide Aggregate) in 2002.

These family of materials permitted to solve important issues in the clinical practice because of their properties of sealabilty even in humid environment, biocompatibility, stability in time, and simplicity of the reaction for setting (Torabinejad M, Parirokh M, Dummer PMH. Mineral trioxide aggregate and other bioactive endodontic cements: an updated overview – part II: other clinical applications and complications. Int Endod J. 2018;51:284-317.)

In last years these properties has been applied not only in particular situations as open apex, perforations and retrograde sealing but even in regular root canal obturation procedures with the introduction of new materials with different formula and manipulation but based n the same principles, these type of materials has been categorised as bioceramic sealers.

Actually the gold standard in root canal obturation is the use of gutta-percha and resin based sealer, with and without different kinds of warm compaction techniques; the basic problem of gutta-percha and sealer is the incompatibility with a humid environment as the apical areas can be considered and mainly the contraction and resorpbability (Li GH, Niu LN, Zhang W, Olsen M, De-Deus G, Eid AA, Chen JH, Pashley DH, Tay FR. Ability of new obturation materials to improve the seal of the root canal system: a review. Acta Biomater. 2014 Mar;10(3):1050-1063.).

Both these problem can be overcome by the use of silicate based bioceramic sealers; nevertheless these materials has not been yet routinely introduced in the clinical practice. The main problems with these materials are related to the lack of a standard technique, the incompatibility with heat and the difficulties that can be encountered in retreatment because of their hardness.

The techniques proposed at today are all cold compaction techniques, because it is evident that heating the these materials can alter their basic properties and manipulation possibility. Nevertheless there is not any evidence of which level of heat should be reached to alter the properties of the material, and moreover at which level of the root canal these will influence the sealing ability. The lack of compaction often creates voids, that are easily masked by the high radiopacity of these kind of materials. (Haapasalo, M., Parhar, M., Huang, X., Wei, X., Lin, J. and Shen, Y. (2015), Clinical use of bioceramic materials. Endod Topics, 32: 97–117.)

The technique consist of a FIRST COLD PHASE (Fig.1) in which the cone fitting of a master cone slightly less tapered than the root canal is performed 1 mm short of the apical working limit, after the selection and the try in of the master point, a flowable bioceramic sealer is injected with a syringe without too much pressure in the root canal. The master point is placed at the working length with a couple of pumping movement in corona-apical direction to displace the sealer. In this phase is suggested to take a periapical radiograph because the amount of material displaced apically is related to root canal anatomy, in large and oval root canals there will be more voids than in circular anatomies. 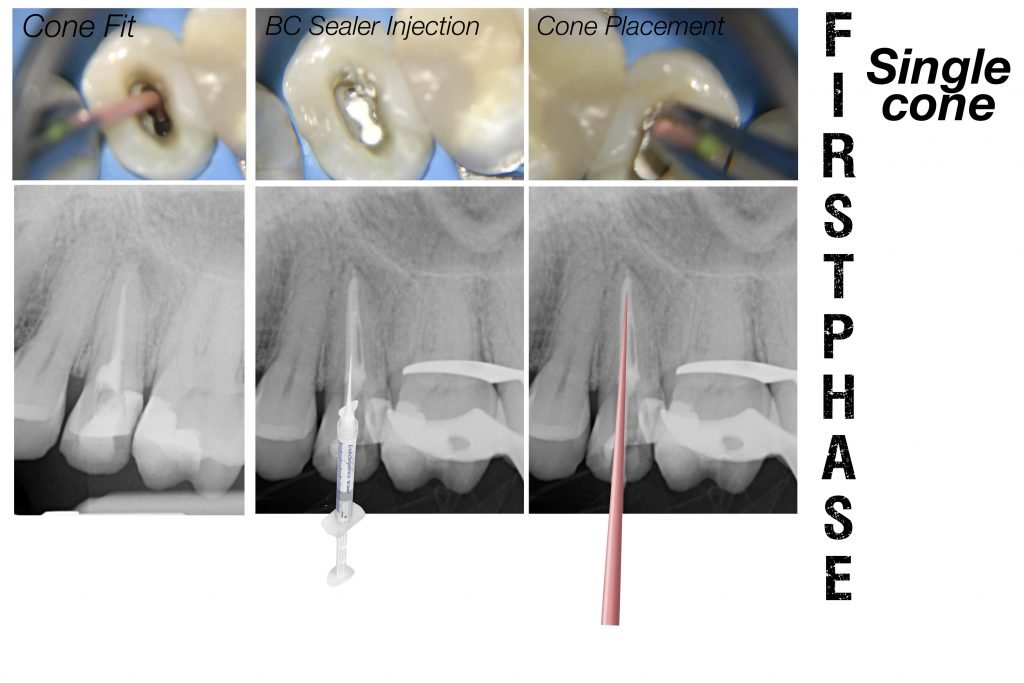 THE SECOND WARM MILD PHASE (Fig.2) is based on the radiograph appearance it is possible to decide to apply more or less coronal pressure on the apical sealer, this can be applied in two different ways: using a heat plugger (System B or similar), the coronal portion of gutta-percha is melted and compacted perimetrically in the coronal third or alternatively, in large and oval root canals in particular, a gutta percha gun can deliver directly in the coronal portion an amount of soft warm gutta-percha, around the master point and compacted with a cold plugger. 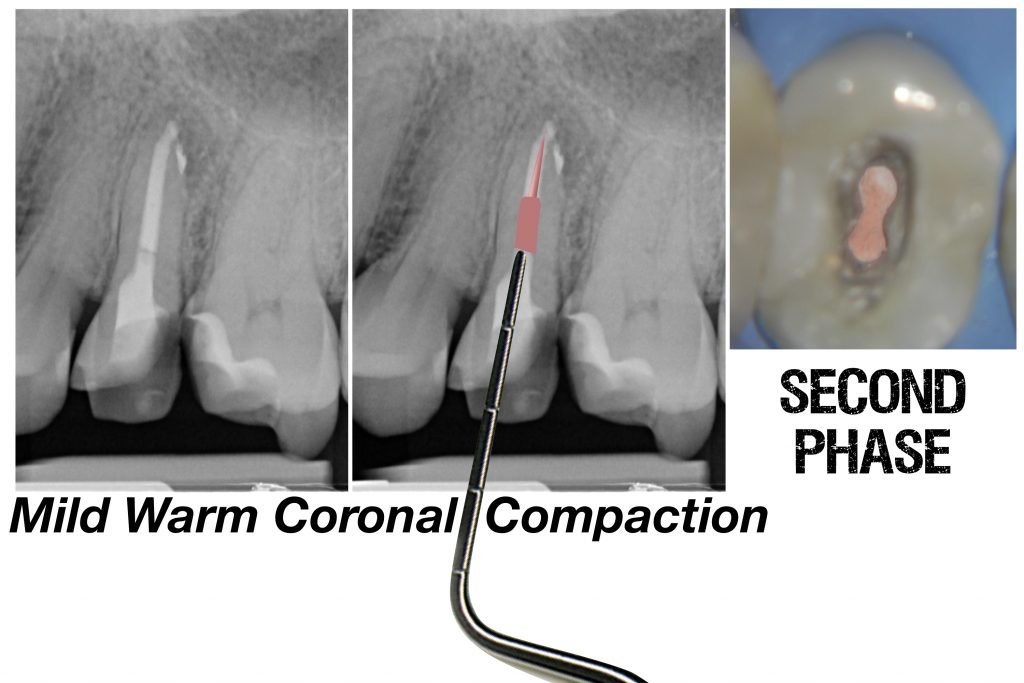 This technique should preserve the chemical properties of the material in the most critical areas of the middle and apical thirds, while permitting a normal management of the coronal third even with a direct or post restoration restoration, because only gutta-percha is present.